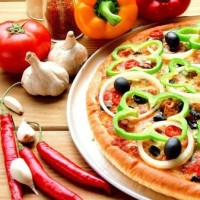 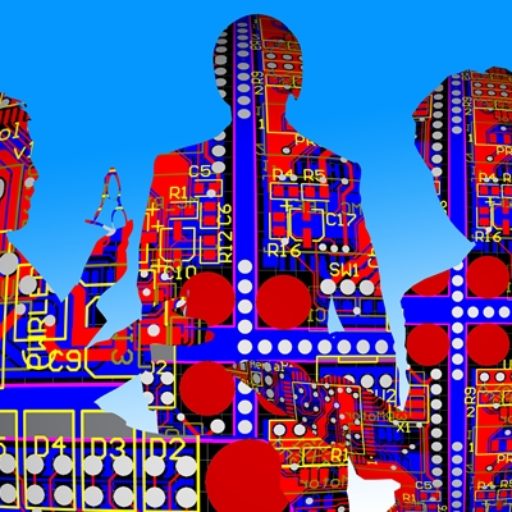 The Reception of the Conciliar Reform in the Liturgy

of the Syro-Malabar Church

Among the 16 documents of Vatican II, the first one discussed and passed in the Council was the Constitution on the Sacred Liturgy. Liturgy is said to be the ‘heart’ of the Church. So much so, the ‘quality’ of an Individual Church can be determined, to a great extent, by observing the liturgical celebration of her members because the Church is basically a worshipping community.

After the Council, the Church in India took a leap forward with the “Church in India Today” seminar held at NBCLC, Bangalore in 1969 to find out the ways and means to implement the Council documents. One of the documents which drew pointed attention of the participants of the seminar was the constitution on liturgy. Among all the 22 Catholic Individual Churches, the Syro-Malabar Church is perhaps the only one which took bold steps to renew the liturgy. This renewal movement was spearheaded by Cardinal Joseph Parecattil who believed that the Syro-Malabar Church should be ‘Indian’ in worship. Among the then Syro-Malabar Bishops, Archbishop Jacob Thoomkuzhy was one who whole-heartedly supported the Cardinal to go forward with the reform process ‘indianizing’ the liturgy. Though the Cardinal’s initiatives were helpful to create a new awareness about the need of liturgical reform in the Syro-Malabar Church in the light of the conciliar document on the sacred liturgy, there was also opposition to his move from various quarters. Therefore, the reform process gradually slowed down, heading towards a standstill.

The thrust of Vatican II regarding the liturgical reform can be concisely summarized as “restoration, revision and adaptation”. The Council declared that the Church wishes to preserve all lawfully recognized rites and foster them in every way, and also that the rites be revised in the light of sound tradition in order to meet the needs of the modern age (SC 4). The Council gave some directives also to achieve this aim.

In the liturgy, the Council observes, there are unchangeable and changeable elements. Not that the latter may be changed, but ought to be changed if they have become less suitable for today. In this process, one of the principles to be followed is that liturgy is understood by the faithful with ease and that they can take part in it fully, actively and as a community (SC 21). SC 34 which says that the rites should be simple, short, clear and free from useless repetitions, is one of the golden principles of Vatican II. Another basic principle is regarding the need of inculturation.  The Church is open to admit into the liturgy what is not superstitious or erroneous in the way of life of the people and their culture (SC 37).

Conciliar Reform and Reception in the Syro-Malabar Church

One of the stumbling blocks in the reception of the conciliar constitution on the liturgy in the Syro-Malabar Church is the (mis)understanding about the very process of restoration, revision and adaptation. According to some, revision and adaptation should take place only after completing the restoration of all liturgical texts. It would mean that the Syro-Malabar Church should fully restore and use the ancient Syriac texts, may be translated into modern languages, without much change. On the other hand, the vast majority in the Church preferred to give greater emphasis to revision, adaptation and inculturation . Of course, no Church can revise its liturgy without restoring it first. But this should be, as Cardinal Joseph Ratzinger observes, only for “recovering the lost values”.[1] In other words, our primary concern should not be ‘What was the liturgy like then?”, but “What ought to be done today?” to make it meaningful and relevant to the people of today.[2]

‘Pastoral realism’ is important in any reform. This has been always a crucial concern of the Syro-Malabar Church. This idea was endorsed also by the Roman Congregation for the Oriental Churches. “The good of the faithful ( ‘bonum fidelium’)”, the Congregation noted, “is the pastoral norm governing all liturgical legislation”.[3] The right and duty to resolve concrete pastoral issues in the liturgy belong to the diocesan Bishop, said an eminent Oriental liturgiologist, Prof. Robert Taft, addressing the Syro-Malabar Bishops in the Synod held in the Vatican in 1996.[4] The steps taken by Archbishop Thoomkuzhy in the realm of liturgy were influenced by this pastoral attitude. Therefore, he told the Syro-Malabar Bishops: “Liturgiology is a very comprehensive discipline like linguistics. We have, however, to be extremely wary of liturgical reforms, conceived by scholars who perhaps do not have direct contact with the pastoral realities”.[5] Further he said: “There is no divergence of opinion among the (Syro-Malabar) Bishops or others with regard to essential matters of faith or morals. Often it is concerned with certain rubrics, clarity, simplicity etc. They are more of a pastoral nature. It should be noted that these pastoral exigencies do not have a uniform pattern all over the Syro-Malabar eparchies”.[6]

Another issue which continues to be discussed in the realm of Syro-Malabar liturgical reform is the meaning of “organic growth”, and consequently, the understanding of ‘tradition’ and ‘traditions’. According to Vatican II, in the process of liturgical renewal new forms adopted should in some way grow ‘organically’ from forms already existing (SC 23). In the words of Pope John Paul II, tradition is not an unchanging repetition of formulas, but a heritage which preserves the original core.[7] The Instruction of the Oriental Congregation observes that “No Church, Eastern or Western, has ever been able to survive without adapting itself continuously to the changing conditions of life”.[8] This is so because history is not simply the past, rather it is the contemporary understanding of life in terms of its origin and evolution as seen through the prism of our present concern. Therefore, Pope John Paul II told the Syro-Malabar Bishops in 1980 that the liturgical reform  must be based on “fidelity to genuine ecclesial traditions and open to the needs of the faithful, to the culture and to possible changes by way of organic progress”.[9]

About ‘tradition’ and ‘organic growth’ Archbishop Thoomkuzhy has this to say: “First of all, there is no agreement as to what the genuine traditions are and what are not. Secondly, there is the difference as to which traditions we have to return and which traditions are to be reformed”.[10] Further he observes that in the process of organic growth in the liturgy, there can be influences not too consonant with its original structure. Unless they are too essential for the salvation of souls it does not seem to be worth going back to the original state.[11]

In this context, it is good to note an observation made by Robert Taft. “It has been my constant observation”, writes he, “that liturgies do not grow evenly, like living organisms. Rather, their individual structures possess a life of their own. More like cancer than native cells, they can appear like aggressors, showing riotous growth at a time when all else lies dormant”.[12]

The above observations are relevant when we consider the reception of the conciliar reforms in the liturgy of the Syro-Malabar Church. The restored texts of the Syro-Malabar liturgy – Divine Office (1938), Holy Qurbana (1957), Pontifical (1958), Propria (1960), Calendar (1960)etc. – belong to a period prior to Vatican II. Of these only the holy Qurbana underwent slight modifications in 1962, 1968, 1985 and 1989. The revised text of the Sacraments was published in 2005. The other texts are to be published in the coming years.

Despite the earnest efforts of the Bishops, there still persists a complaint that the revised texts are not sufficiently adapted and inculturated. Liturgy is always subject to reform. The most consoling aspect of the ‘liturgical crisis’ in the Syro-Malabar Church is that there is no difference of opinion about the fundamental and essential aspects of the liturgy. As Archbishop Thoomkuzhy rightly observes, the divergence of opinion is only about certain rubrics, clarity, pastoral concerns etc. Vatican II, the Popes, the Code of Canons of the Eastern Churches, the Oriental Congregation and the Syro-Malabar Synod of Bishops have on various occasions laid down principles and guidelines in order to restore, revise and adapt liturgy for the ‘Church of today’. Adaptation to local needs is all the more urgent today since the Syro-Malabar Church is fast spreading to various countries, especially to Europe, America and the Gulf. An unprejudiced openness towards new pastoral realities based on fundamental principles of liturgical reform will help us to be relevant and useful for the people living in diverse circumstances. The steps taken by Archbishop Thoomkuzhy throughout his episcopal ministry have indeed this mark of pastoral realism.

Nature has us in immutable checkmate...